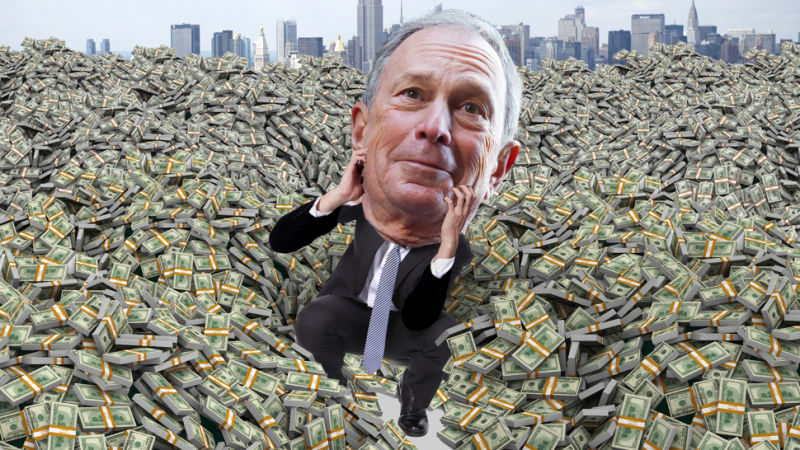 The World is too small when you have a vehicle that can take you anywhere in a matter of hours or World is too small when you have the vision where it can take you where nobody else can. Rich people always stay vibrant and there is a reason behind it. Rich people stay rich, and they keep on growing like Bloomberg, Donald Trump, Alwaleed and more people.

Have you every have that thought on how they can stay RICH even after hitting a loss in their newly invested business. Have you ever wondered why Ambani is rich despite invested in the Reliance Jio project?

The Numbers game will be revealed, and you will not be surprised how they remain vibrant even after spending half of their wealth.

5 Things Rich People Do For Their Growth

5. Take Over The Competition

There are many individuals in the world who are rich and they keep on going, and the growth is absurd despite nobody buys their products or people started to dislike the service.

Since we are talking about a subject which needs an example, then let’s take “Facebook” as an example. Did you know that the Facebook is on the top despite there are many apps which can replace them, but they are on the top.

Facebook spends hell out of money to buy out the competition, let me give you few properties which they own outside of Facebook,.Instagram, Whatsapp, (They are planning to buy out Snapchat) and much more.

If no competition can compete, then nobody can stand against them.

You might have heard of it, and I would like to take Nokia as an example. Nokia brand has been sold to the Microsoft for some years. Did you know that the Microsoft planned out the company key people to work against Nokia, which worked pretty well. Nokia hit the major strike from Major manufacturer to loss manufacturer.

The CEO of Nokia started to work for Microsoft and signed a $7M deal with Microsoft.

The real mark of businesspeople is that once they have enough money at the disposal, they start to invest in other sectors from IT to Real estate. Many businessmen have begun as a shoe manufacturer then invested into Casino’s, which is amazing.

Every major business person always has good connections, and he has the strongest network. The business people make friends outside of his business and use that influence to build their company and take advantage of it. The network is more important than money.

You heard me right, and personal branding is what a business person does every time. Many big names are very popular, but they are not celebs, reality stars or movie stars. The new concept of Entrepreneurs, Business people, Investors are promoting themselves.

The network is more important than money, and it can get your anywhere, and you can use it to grow yourself and the business. Personal branding has proved to be very useful in the past and coming future.

The need for cybersecurity is simultaneously rising with the constant growth of cybercrimes. Most online organizations are usually unaware of…

Shared Hosting Accounts: The shared web hosting is a best-suited plan for those who are individual users. They get complete…

According to the sources, hosting is mainly playing the vital role for the business which is mainly providing the services…

Many companies are running the campaign in the market right now, and they are making millions out of it, and…

An idea of starting the business is always overwhelming for the person or the individual for the first time, and…

Investing is one of the most important things you can do from a financial perspective. It means that you’re not…

Online banking has proved to be a revolution since it has eased financial transactions like never before. You just need…

Ask any parents, and you find their lives revolving around the growth of their kids. They are the future, and it’s…

State Bank of India [SBI] is a widely popular multinational public sector banking service in and across the nation. SBI…

Home loan has become a compulsion in today’s life. This is the reason why banking sector is enjoying its golden…